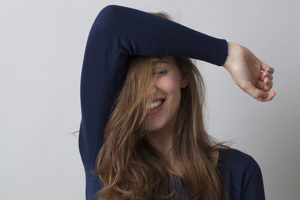 Many people are suspicious when it comes to "therapeutic orgasm". For there is a moral fog that does not let us see the importance of this type of work.

Orgasm is about authenticity, about being honest with yourself, being free from limiting dogmas.

Therapy aimed at healing through full orgasmic satisfaction can often be morally misinterpreted. But those who become sexually full and develop their orgasmic potential are much more prepared to live harmoniously and integrated into society in a positive and productive way.

A sexually full being is free of limiting emotional breastplates. Because it is closer to natural, spontaneous behavior. It is integrated, not separate.

Therefore, serious work that awakens the orgasmic potential of being is in communion with a more just, loving society and in tune with the hearts of those who compose it.

There is a very interesting film, called “hysteria” and it tells this story well. These treatment techniques were, unfortunately, some time ago, succumbed by a hypocritical and repressive morality. 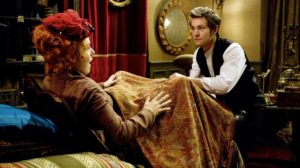 Our sexuality needs to be cured

It is no secret that sexuality in our society is linked to numerous pathologies and emotional barriers. That is why today's sexuality is loaded with neurotic and compulsive memories and experiences.

For this reason, within this context, orgasm without sex, conducted by an experienced therapist, who cares for the emotional health of the people she serves, has numerous advantages and beneficial results. Because the touch made with awareness and care rescues the dignity and self-love of the recipient. It also refreshes bodily memories that were previously associated with pain and traumatic experiences. 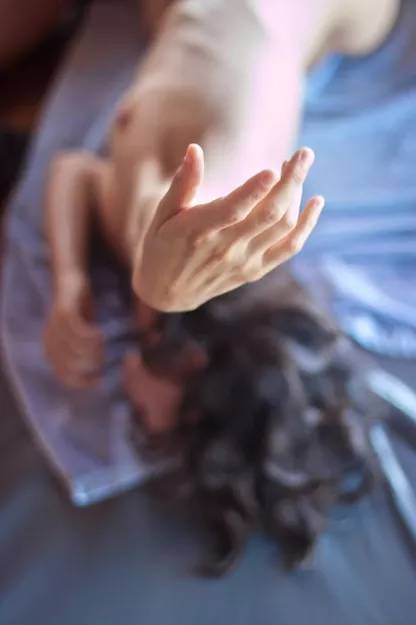 Orgasm can take us even further

Therapeutic orgasm also brings a new way of understanding the body itself, of experiencing sensations that have never been experienced. It is an opportunity to break free from sexuality-related constraints and limitations.

Some studies related to neuroscience have already shown that the orgastic experience is extremely beneficial for the human brain and very similar to the experience of deep meditation. It activates the same brain regions and promotes a “borderline loss” feeling. The individual has an experience of expanding his own bodily limits and a greater connection with life. 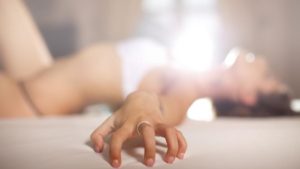 The moment of orgasm is a moment of "death" for the EGO. In the orgasmic experience done in a therapeutic way there are no roles to be sustained. The recipient is allowed to go deep into his own feelings and emotions.

The person is 100% present and experiences bodily sensations with totality. This disconnection with the body, so common today, creates individuals who do not know themselves, who live alienated from their own bodies, with very little awareness of themselves.

A orgastic therapy it is, above all, a work of sensory reeducation, in which we work with varied stimuli throughout the body in order to improve body perception and the perception of the senses.

How is the process of an orgasm therapy session? 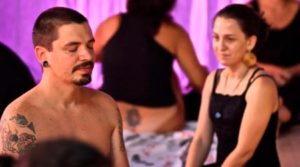 During 1: 30h of therapy session and Tantric massage we give the body time to produce the hormones needed for a superior quality orgasm.

Then we reach a sustained energetic plateau and this deeply resignifies the way of feeling and perceiving the body itself.

Many hormones are released: oxytocin, endorphin, serotonin. These are very beneficial hormones that are linked to well-being and endocrine health.

And the best thing, all without sex, without emotional weight and without plots to be sustained. It is a simple, honest and therapeutic relationship.

They are married, have two children and since 2014 have taught courses on sexuality for couples and single people and work with tantric therapies and respiratory therapies integrated in Tantra Yoga LAB, special retreats and therapeutic groups founded by them in 2015. 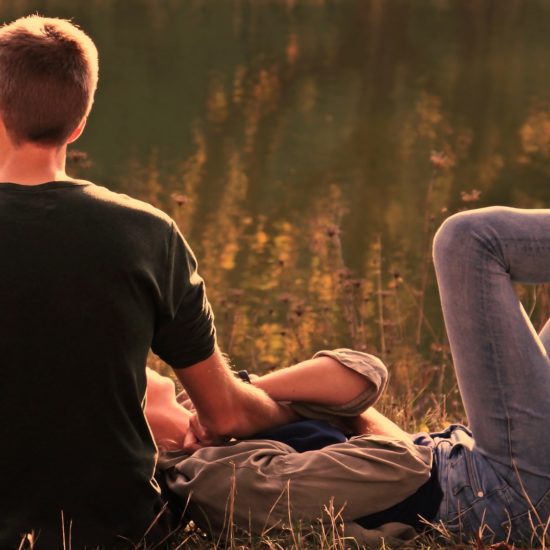 Gabriela Ostronoff is a Tantric Therapist and Reborn formed by Centro Metamorfose in 2014, Yoga Teacher formed by Sivananda Yoga Vedanta Center in 2013 and by De Rose Method in 2001. Meditation Trainer by Upanisha Ananda Mandir […] 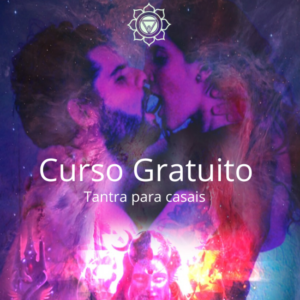